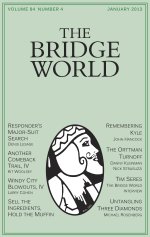 TAKE YOUR GAME TO THE NEXT LEVEL

Every issue of The Bridge World is packed with bridge and designed to help bridge players improve their understanding and appreciation of the game—from bidding, defense, and declarer play, to the latest cutting-edge methods and systems, and discussion of hot topics in the world of bridge. It is an invaluable learning resource for any player who wishes to become more knowledgeable and improve their game.

The Bridge World's Master Solvers Club is the world's longest-running and most popular bridge feature. The contest is open to all bridge players and is free to enter.

Each month features eight thought-provoking problems in bidding and play. Check out the current problems, then submit your answers and see how you fared; compete for prizes and prestige alongside the world's experts. 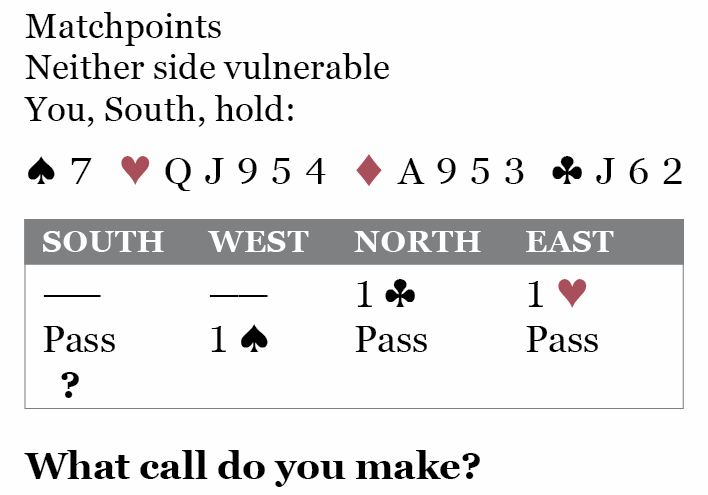 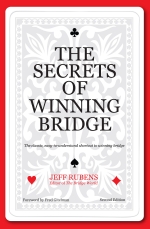 PUBLISHED BY THE BRIDGE WORLD

The Secrets of Winning Bridge

The classic, easy-to-understand shortcut to winning bridge from Bridge World editor Jeff Rubens. This book shares the secrets of the game, and is not system-dependent; the secrets pertain to general bridge skills and to bridge thinking. The book consistently makes successful bridge players' top-10 list of most influential books. Now back in print after many years in a modernized Second Edition, this book is as relevant today as when it was first published to critical acclaim—a must-read for bridge players of all skill levels wishing to improve.

A subscription to The Bridge World makes a great gift to your bridge-playing friends. It offers 12 monthly reminders of your thoughtfulness, and is a gift they will treasure. We'll include an acknowledgement of your gift along with their first issue. 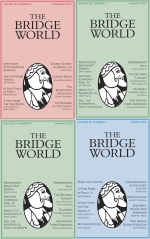 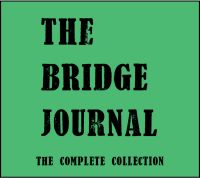 NOW AVAILABLE AS AN E-BOOK

This collection contains digital replicas of all 30 issues (over 1400 pages) of The Bridge Journal ever published, reproduced exactly as they originally appeared. The Bridge Journal was a magazine published from 1963 to 1966, produced by unpaid young tournament enthusiasts who were hoping to improve the game in several dimensions: technique, partnership methods, logistics, laws, forthrightness in and quality of reporting and analysis, and entertainment. The publication had a considerable impact. Some of the methods that were first promulgated in its pages have become standard practice, others have retained lasting popularity among a minority, and discussions planted the seeds of further developments; tournament events underwent major changes based on Journal suggestions; and some of the magazine's approaches can be seen dotting the landscape of bridge literature--in particular, several of the major innovations have become permanent fixtures in The Bridge World magazine.

SHOP AT THE
BRIDGE WORLD